Middlesex County, the largest in the state, historically has been hit the hardest by opioid-related overdoses. That’s why data released by Middlesex District Attorney Marian Ryan’s office provide an encouraging glimpse into the work being done in the county. The promising results can be seen most clearly in Lowell, which has had a 21 percent decrease in fatal overdoses this year thus far compared to last year.

“Lowell has been one of the worst places to get hit in the state,” said Bill Garr, the chief executive of Lowell House, an addiction services organization. “All of the agencies made an effort to pull together, and we’ve been attacking it really well.” 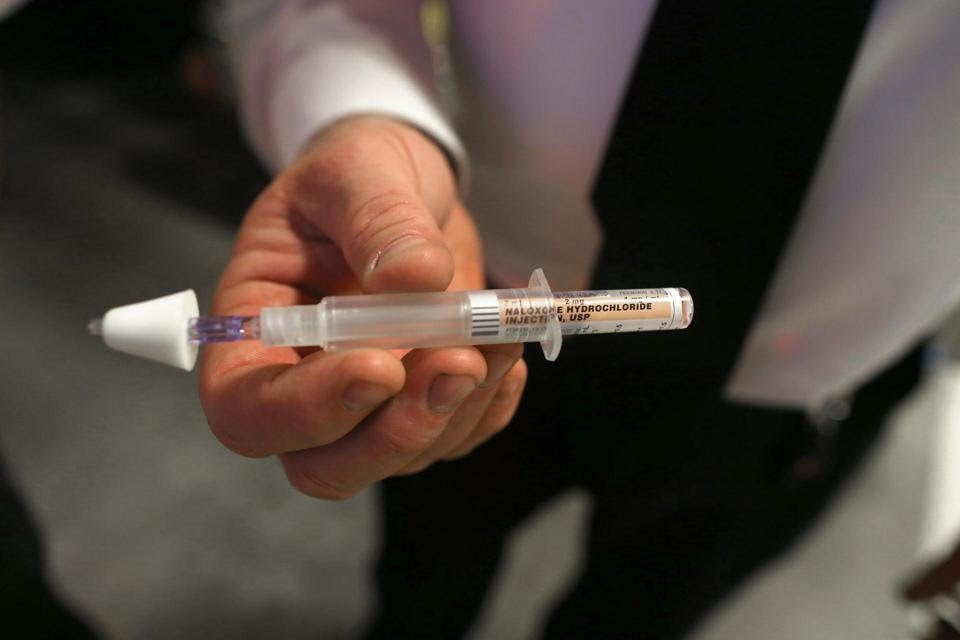 [JONATHAN WIGGS/GLOBE STAFF/FILE 2015] The Narcan that firefighters and paramedics carry.

Tewksbury police Chief Timothy Sheehan said the decrease in deaths makes him “cautiously optimistic.” He emphasized the importance of the task force’s preventative work, including the proliferation of the use of Narcan, an overdose-reversing drug.

Police officers across the state hold classes teaching family and friends of those struggling with opioid addiction how to administer the drug. Narcan has also become more easily accessible: Walgreens last year said they would begin selling the antidote, and emergency personnel, businesses, and schools now consistently stock it.

Ryan also attributed the drop in deaths to an EMS program called First Watch, which sends an alert to district attorneys offices and social services agencies when there is a surge in overdoses in a particular area. Officials then take to social media to warn drug users and their families and friends to watch out for an especially dangerous batch of opioids.

Task force members additionally highlighted a series of programs including the Community Opiate Outreach Program, a mobile team including a firefighter, police officer, and recovery coach that meets daily with recent overdose victims; Project CARE, which provides services to children whose parents have suffered an overdose; and an adult diversion and treatment program.

Project CARE is a particularly important program, Ryan said, because addiction can be passed down through generations.

She believes the program will have significant long-term effects and helps what can be the most at-risk group of children: those who have been exposed to an environment where drug use has been normalized.

September 1, 2017 at 12:08 am News Share via:
LTLC remains open through the COVID-19 pandemic catering to the basic and case management needs of the homeless population within the Merrimack Valley. We continue to follow social distancing protocols and sanitize our premises for the health and safety of our community, clients and staff. Contact for more information on shelter operations